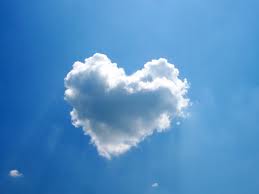 Last week I went to a local fitness center. As I walked in, a group of young kids tried to get my attention. I was feeling a little off—perhaps a little tired, and I had a few things on my mind. I felt like I was being harassed, and that they wanted something from me (although I hadn’t taken the time to find out), so I quickly said “thanks but not today,” and walked away.

I just caught myself in that moment, and felt their disappointment, like the wind had been taken out of their sails. From the registration desk, I looked back at their table, and wondered why I had been so curt, closed, and dismissive. I probably assumed that they wanted money, and it seems that everywhere I turn that’s all people want.

So I walked back and asked them about their project. Their little faces instantly lit up as they began chattering away excitedly, describing how if they had the most votes, their group would win $125,000 towards the improvement of their local park and soccer field. They were not looking for my money. They just wanted my attention. And I gave it to them. But I almost missed that opportunity.

I have been thinking about that little exchange ever since, and a few things that have been percolating have bubbled to the surface.

My friend Jules recently introduced the concept of Ubuntu to me, an African philosophy about people, generosity and interactions with each other. Archbishop Desmond Tutu describes it this way. “A person with Ubuntu is open and available to others, affirming of others, does not feel threatened that others are able and good, based from a proper self-assurance that comes from knowing that he or she belongs in a greater whole, and is diminished when others are humiliated or diminished, when others are tortured or oppressed.”

One of my favourite bloggers, Thomas Ross, has an entire blog dedicated to being present. In a recent post he described it as “a single-minded effort in each moment. It sounds so small, but within this conception a world of great wonder and possibility resides. Each moment becomes a fresh start.”

Two very powerful ideas that, if applied consistently, I think can change the world.

I would like to be mindful of these always, but I also recognize that it may not always be possible 100% of the time. Things happen sometimes to prevent it. But I am encouraged, because I am becoming aware enough to recognize that disconnected feeling when it happens. More and more, I am able to catch myself in the moment of being closed.

And that awareness means I can do something about it.

A Leaf in Springtime

"Be a dew to the soil of the human heart."

A bucket list blog: exploring happiness, growth, and the world.

musings of an aquarian age counterculturist

Photography and writing by Lianne Ashton ©

Let's Inspire Each Other to Live Well!

What Is Real True Love?

"(Real) love is the only sane and satisfactory answer to the problem of human existence.” - Erich Fromm

everyone can do something

no one can do everything, but everyone can do something.

Welcome to the BLOG of Roxanne Elaine Smith. Words and Songs of Hope, Healing, and Comfort. A Safe Haven for Sensitive Souls, Blocked Creative Artists, Empaths, and Childhood Wounds... A SAFE SPACE and Intuitive Guidance For Awakening Souls to heal and find their True Voice.

the buddha nature of animals and other thoughts

Nadine Marie's virtual healing center for sharing experiences, reflections, insights, tools, & resources as she moves along the path of awakening & coming home to the Self

A Blog of memories, thoughts, feelings, and second chances...

of a working mom

bellableue.wordpress.com/
THROUGH THE HEALING LENS

only here only now

your life is beautiful

Discover The Healer Within

Zen and the Art of Tightrope Walking

TRYING TO STAY IN BALANCE...THE BLOG OF VIVIENNE TUFFNELL

Seeker of new ways of being and understanding. Finally becoming conscious. And trying to serve others along the way.