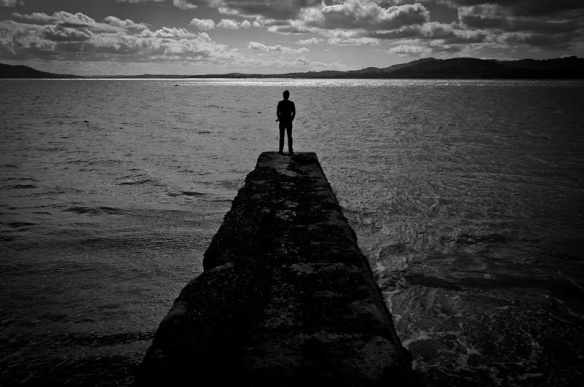 Much of what follows has been percolating in me, in some form, for ages. Thomas Fiffer articulates very eloquently what I have never been able to say in this piece, offering up 10 ways women often misunderstand the 21st century man. Not everything resonates completely with me, but there are some great nuggets of insight here.

Here’s what this article is not. It’s not a list of what men want or sure-fire ways to snag one. You can go read Cosmo if you want to be misinformed about that. It’s not a dating guide. Men don’t want partners to play by a rulebook. Just have the courage to be yourself. It’s not a laundry list of men’s complaints about women. We love women, even those of us who love men. And it’s not definitive. It’s simply one hetero man’s window on what makes the 21st-century guy tick. It’s also not meant to endorse what’s known as heteronormative love over any other type. I’m just an average guy who wants people to be happy in relationships. God knows I spent enough time being unhappy in mine for reasons it took me a long time to, uh, understand. And since understanding—and the respect, patience, devotion, and commitment that go with it—forms the core of lasting partnerships, I thought I’d offer this up to help women “check your stereotypes” so you can better understand the objects of your affection. And if it also helps men who love men, well, that’s terrific. All in the name of more better understanding.

1. The 21st-century man doesn’t care about your appearance nearly as much as you think. Guess what? We know the models in the magazines aren’t real. Oddly enough, a woman who centers her life on surface beauty and lacks depth isn’t attractive. She’s just a shell, and we want what’s inside the package. We do want you to make an effort, but one that accentuates your own best features. There’s no need to starve yourself down to Kate Moss weight or style yourself to match the model in a Photoshopped spread. So relax and enjoy your dessert. Here are some things we do find attractive in women: a warm smile, laughter, lack of self-consciousness about your looks, a healthy appetite, clothes you’re comfortable in (especially shoes), loving your body as it is, taking good care of yourself, not comparing yourself to others, and confidence in your own opinion about what makes you look good.

2. The 21st-century man has feelings and those feelings can be hurt. We may have hard edges compared to your soft curves, but our egos are no less fragile and our hearts no less sensitive when they get hammered. We’re steady and reliable, but we’re not the emotional equivalent of granite. Before you say, “You’re a man, you can take it,” think again. Poke a stick at us, and we feel pain. We may not express upset in the same way you do, because we’ve been conditioned to suck it up and suffer silently, to cry on the inside. But our silence doesn’t mean your words didn’t sting us, and we may be feeling wounded and suppressing rage. We need you to be respectful of our feelings and tuned to our moods just as much as you need this from us, and we also don’t want a relationship that’s only about your emotions. Give us the space and security to express our full range of feelings, and you’ll be rewarded with a lot more—you guessed it—intimacy.

3. The 21st-century man is not fantasizing about or even interested in every attractive woman (or man) he sees. Honestly, let’s put the whole wandering eyes thing to rest. Turning our heads and glancing or even staring at an attractive woman is not virtual cheating or demeaning you by comparing you to someone born with different features. Men appreciate beauty, in nature, in art, in machines, and in human form, whether it’s next to us or across the room. But just because she’s pretty doesn’t mean we want her—or want her more than we want you. And if we look twice at another man, it doesn’t mean we’re gay or bi. Check your worries. If we’re committed to you and happy in the relationship, no other woman, bombshell or not, constitutes a threat. We actually find insecurity about this unappealing and get frustrated if you self-righteously deny ever sneaking a glance at a hot hunk with a six-pack. A secure man isn’t threatened by your celebrity crushes. If you can’t be secure enough to acknowledge, yes, she is pretty, ask yourself who’s doing the comparing? And if our eyes are truly wandering, it’s not because of the candy but because the relationship isn’t meeting our needs.

4. The average man is not thinking about sex every seven seconds, or even 19 times a day, regardless of what the studies say. Most of us are busy, productive, and engaged in thoughtful, meaningful mind work or useful physical labor that (unless we’re in the porn industry or writing romance novels) keeps our minds off sex. We might think about sex when we’re bored, and we do certainly look forward to it when we know it’s coming, but we’re not some sort of primal, lustful animal constantly thinking about whipping it out, sticking it in, and getting our rocks off. We want sex to be loving, caring, emotional, mutual, and special. We want it to be about companionship. If we initiate, we don’t want to be swatted away and told, “That’s all you ever want.” Believe it or not, sometimes, we actually don’t want it, or we’re too exhausted to perform. And if we fall asleep afterwards and start snoring, it’s not because we’re inconsiderate or dislike pillow talk or don’t appreciate post-coital closeness; it’s just because we’re tired.

5. The 21st-century man respects your independence but needs a woman to let him be a gentleman. Men are wired with the need to feel useful. If you refuse every offer we make to help you with anything, get snarky when we go to open a door or pick up your suitcase, or never let us pay for anything, you’re thwarting our instincts and denying us acts that make us feel good. We’re not patronizing you. We’re expressing our love. We know you can open the door for yourself or shoulder five grocery bags while checking your email and unlocking your car. But we’re creatures of habit, and we’re programmed to be caring and protective. Letting us do something for you is not a sign of your weakness but an acknowledgment of our strength and our desire to use it to your benefit.

6. The 21st-century man enjoys conversation. We may not like to talk about all the same things, but we do like to talk, and we have a lot to say on topics we feel passionate about. Let’s replace the myth of the strong, silent type with the strong, expressive type. We’re interested in your interests and issues, and we want you to take an interest in ours, too. Not to be harsh, but if we’re not interested, you might stop to consider whether what you’re saying is … boring. It’s a valid question. We may not always initiate conversation, and we appreciate your ability to draw us out. We’d also rather say nothing sometimes than run the risk of boring you. If we have the courage to bring up something sensitive, please have the courtesy not to mock us or shut us down. If you do, you can be sure it won’t happen again. And if a man is uncommunicative, it’s not because he’s a man; it’s because he’s an uncommunicative person. Sometimes, silence is just silence and not emotional withholding.

7. The average man likes to cuddle. Sure, we love sex and especially hot sex. But we thrive on affection. There’s a huge difference between the joy of release—the feeling of being sexually satisfied—and the satisfying feeling of being loved. Embrace us. Cradle our heads in your arms. Run your fingers through our hair (assuming we still have some). And don’t worry that we’ll always interpret your affection as a green light for intercourse then feel like you led us on if you beg off. Consistent affection—not making yourself seem desirable, playing hard to get, or using sex as a reward when we do something nice for you (a distasteful cheapening of making love)—is the most effective way to engage our interest, win our hearts, maintain our trust, and keep us happy.

8. The 21st-century man loves kids and knows how to parent. Changing a diaper is not rocket science, and neither is raising children. Parenting is hard work that requires patience, good judgment, and an abundance of love—three things on which neither gender has the market cornered. And all parents make mistakes. Stop for a minute and think about your own insecurities. Do you ever worry if you’re “a good enough mother?” Now think about how a man feels when you joke, even gently, about how ineffectual he is, especially in front of your kids. Many kids are being raised by two dads, and there’s no evidence that these children are lacking for nurturing or not getting their lunches packed. Expect the 21st-century man to be a full and fully-respected partner in childcare. We might even be that thing some women seem to simultaneously desire and make fun of—a stay-at-home dad.

9. The average man is not stupid when it comes to women. We get relationships. We get women. We get love and commitment and responsibility. We’re capable of understanding your feelings, and we’re capable of an empathic response. Few words make us feel worse than, “Forget it. You wouldn’t understand,” especially when spoken with dismissiveness or contempt. The fastest way to make a man retreat into his shell? Make him feel like a failure. Then complain that he’s stopped trying. We need your support, not your criticism. As with being talkative, if we don’t get it, it’s not because we were born on Mars or made of snips and snails instead of sugar and spice. It just means we both have to work harder to achieve complete understanding.

10. The 21st-century man is, above all, his own man. We don’t fit a model or a mold. And we’re proud of our uniqueness. We’ve worked hard to reject the stereotypes, to escape from the man box, to define ourselves by our own meaningful standards. This means we don’t want to be typecast or boxed in or compared to other men. Forget about the bad boy, the mama’s boy, the boy toy, the nerd. Drop the tool, the douchebag, the strong-sensitive type, the wimp. We’re neither hero nor clown—just men. Open your minds and broaden your perspective and accept that 21st-century men are more complex and more complete than a simple sobriquet can suggest. Feminism broke women out of stereotyped roles years ago, and as 21st-century men, we want the freedom to be ourselves. Just call a man … a man, or even better, use his name.

Bonus 11. The 21st-century man doesn’t have all the answers. We’re just as full of doubts and insecurities and uncertainty as you are. We’re just as vulnerable and need just as much to feel warm and loved and safe. We’re still figuring it out, so please, be patient. And do try not to misunderstand us.
– See more at: http://goodmenproject.com/ethics-values/men-not-as-complicated-fiff/?utm_source=Thursday+May+6%2C+2014&utm_campaign=Constant+Contact+May+8+2014&utm_medium=email#sthash.FgXaY78c.dpuf